Opening hours
Sie befinden sich hier:Home>
The current issue of the journal of the Sicherheitsakademie (Security Academy of Austrian Police) contains an article by Simone Loistl, employee of the Memorial Site Hartheim Castle, on the involvement of the criminal police in the crimes of Nazi euthanasia. 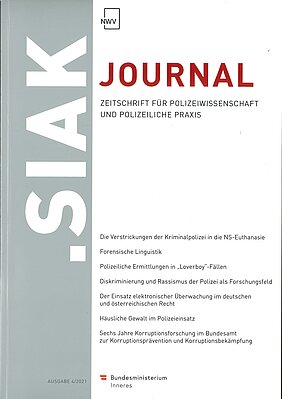 As the author points out, not only were police officers such as Christian Wirth, Franz Reichleitner or Franz Stangl active at the executive level in the Hartheim killing center, but there was also a wide range of entanglements between the police and the "Action T4" apparatus.

These connections are also addressed as part of an educational offer (only in German language) at the Memorial Site Hartheim Castle, which is aimed specifically at groups of visitors from the education centers of the Sicherheitsakademie and was developed in cooperation with police teachers.